Discover our views on relevant and interesting topics.

We have been putting sustainability at the forefront of our conversations this year, and recently developed our own Sustainability Policy, with thanks to our Sustainability Intern Anna Barrett from Durham University.

Anna has contributed a guest post to our Directors Blog, to illustrate what has been going on behind the (green) scenes!

Over the past five months whist completing an MSc at Durham University I have had the opportunity to become a sustainability intern at Changing Relations. I’ve loved this opportunity and found it a really rewarding experience.

As sustainability intern, my work centred around trying to better the sustainability of the organisation and ensure environmentally focused thinking became the norm in every aspect of Changing Relations’ work. In order to do this, I began carrying out research into sustainability in general, looking at large organisations that are leading the way in terms of sustainability, and then seeing how these steps translate into the work of smaller organisations that are more of a similar size to Changing Relations. I spent time with Artistic Director Polly, going through the sustainable steps she already takes, and we talked a lot about how to make sure that these became standard practice throughout the team rather than just steps that she does. This also involved assessing the work environment in the office, and reviewing the resources and materials regularly used to see whether we could swap out options for more sustainable alternatives.

It was also really important to Polly and Lisa that we made sure sustainability became a central value of the organisation rather than just something added on, so I spent time working on ways to embed sustainability throughout the whole organisation. This involved work such as drafting sections for artists contracts focusing on sustainability, and drafting text that could be included in art packs which discussed the sustainable nature of the products and encouraged the recipient to recycle, reuse and repurpose the contents where possible. By the end of my project, I had created a Sustainability Policy and other work to support this including a Sustainable Induction for new starters and current team members to demonstrate the importance of sustainability to the organisation. Through this work not only were my research skills considerably strengthened, but I also gained further appreciation for the importance of sustainable thinking and the steps that we can all take to do our part.

One of the personal objectives I hoped to accomplish whilst undertaking my internship was to improve my confidence in communication skills, particularly presenting. I was given the chance to present my work at a Board Meeting at the end of my internship and despite initial nerves I accepted the invitation and received positive feedback which definitely boosted my confidence.

Overall I just want to say thank you to the team at Changing Relations and to the Careers and Enterprise team at the University for setting up such a positive and valuable experience for me. To be able to develop my employability at such a thriving and socially aware organisation only bettered the experience, and I felt welcomed, supported and empowered by the team at Changing Relations.

Thank you, Anna! Your work was fantastic and we enjoyed having you as a part of our team.

If you're interested to know HOW sustainability has been weaved through our organisation, take a look at our highlights video.

Who’s Afraid of the Boy in the Dress?

We’re sick of gender norms and stereotypes pigeon holing the way our children express themselves and what they feel enabled to identify with. We’re planning to work with Primary and Pre-school children, using a range of art forms, to explore, unpick and challenge the overwhelming pink-blue messaging that currently pervades our culture. We very much hope to partner with campaign groups Let Toys Be Toys and Let Clothes Be Clothes on this project, as they’ve been doing some fantastic work in this area in recent years. Interested in working with us on any of these exciting ideas, either as a project partner or participant? We’d be only too happy to hear from you, so please do get in touch. Continue reading

An SRE based Peer Educator Programme.

Up to 20 students can receive one-to-one support over 3 days to enable them to deliver an SRE day
to their peers based on our sexting film & resource pack.

Students said: “We are less likely to take risks now.” 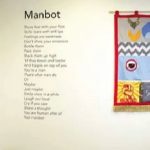 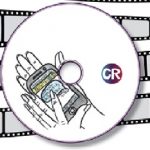 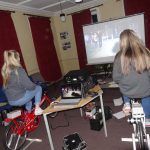 Our first project to support a school embedding Sex and Relationships Education into their delivery, Transforming Relationships was funded by Arts Council England and the 4 Together Area Action Partnership. The project was undertaken with Ferryhill Business and Enterprise College and was supported by Jack Drum Arts and the Partnership Development Director of Newcastle University’s Research Centre for Learning and Teaching (CfLaT).

The project aimed to explore ways of addressing concerns held by the senior leadership team about risk-taking behaviour amongst the student population. The Deputy Headteacher Tim Pinkney was particularly keen to see peer learning enshrined in any intervention planned. After negotiations between Changing Relations and the school leadership and wellbeing team, the decision was made to place student leadership at the heart of the project.

A student Steering Group was selected, who highlighted the issues related to sex and relationships that most concerned them.  It was clear that the students felt that many of these issues were not currently being addressed within the delivery of the curriculum. From these early discussions, a residential was planned, in which the young people were given the opportunity to explore issues ranging from sexism to sexting, sexual consent, sexual exploitation, homophobia and healthy relationships. Their engagement and learning was supported by the involvement of Barnardo’s, Relate North East, the Rape and Sexual Assault Counselling Centre for Durham and Darlington, DISC, Wear Valley Women’s Aid and Durham Police in addition to Changing Relations. With local artists – including film-maker Rupert Ludlow, animator Sheryl Jenkins and performance poet Chris Robinson – also present, the young people further selected the topic that resonated most with them – sexting – and began the work of creating plot and characters for a film that would be used to stimulate discussion around this topic with their peers at school.

In addition to making the film, the young people were involved in planning, researching and designing a booklet for their peers about who to go to for specific sex and relationships concerns, from coming out, to seeking support in the wake of sexual assault. Alongside Changing Relations’ Managing Director, Lisa Davis, they also planned and co-facilitated an off-timetable Big Learning Day for their peers, meeting each week for several months to pull all of the strands of the project together.

Our project was featured in the Northern Echo and on the CfLaT educational blog, where Rachel Lofthouse details the outcome of her evaluation of the project.

Subsequent funding was secured from the Big Lottery’s Awards for All programme to enable Changing Relations to develop a teacher resource pack to accompany the film and support teachers in planning how best to use the film for a range of different learning objectives. This additional funding enabled Changing Relations to road test the activities featured within the pack with Ferryhill’s young people, as well as testing the pack itself on willing Ferryhill staff.

Whilst this project is now complete, the film and pack are still available to schools who book our Staff Training session, which gives an overview of how to use the pack and includes a taster of the Philosophy for Children classroom discussion methodology. Schools can also book an SRE-focused Peer Educator Programme, based on the model developed with Ferryhill Business and Enterprise College. For more details of each of these, have a look at our current Training, products and services

"Sex without consent, I suppose that is rape"

A really fascinating read from the Office of the Children’s Commissioner, one of the research contributors being the fabulous Professor Liz Kelly of the Child and Woman Abuse Studies Unit. It is so useful to have it down in black and white the views of our own youngsters in relation to sexual consent. Some stand out points for me were:

I’m hoping to include a few aspects of this important report in the resource pack I am preparing for a school training day I am organising, that I am very excited to say will involve expert facilitators from The Durham and Darlington Rape and Sexual Abuse Counselling Centre, Wear Valley Women’s Aid, LGBT North East at DISC, Relate North East, Barnardo’s SECOS team and Durham Police.

Very excited to hear about this: Engaged Teaching, Feminist Activism and Academia.

A good thing to change your mind? 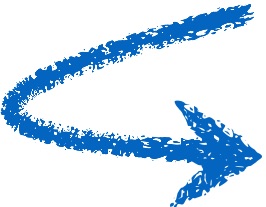 A good thing to change your mind?

I really like this challenge to the somewhat macho culture of sticking to a position; terrified to be called out for making a u-turn, when actually, maybe it’s far more courageous to change your mind and admit making an error of judgement.

We’re all human, after all!

How marketing can deliberately work to exclude women.

How marketing can deliberately work to exclude women. 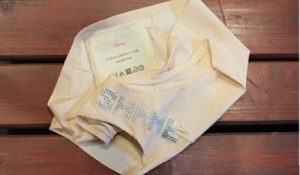 Thanks so much for featuring our launch event, Gillian, and giving me the opportunity to explain our formation as a group, the objectives of our programme and a sneak preview of what our programme will include. 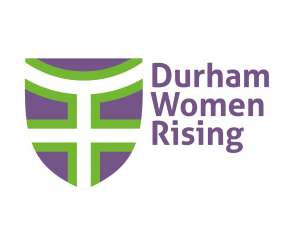 With many thanks to Natasha Sykes, Sunderland University student of Graphic Design and Communication, for designing the fabulous Durham Women Rising logo.

This website uses cookies to improve your experience while you navigate through the website. Out of these, the cookies that are categorized as necessary are stored on your browser as they are essential for the working of basic functionalities of the website. We also use third-party cookies that help us analyze and understand how you use this website. These cookies will be stored in your browser only with your consent. You also have the option to opt-out of these cookies. But opting out of some of these cookies may affect your browsing experience.
Necessary Always Enabled

Any cookies that may not be particularly necessary for the website to function and is used specifically to collect user personal data via analytics, ads, other embedded contents are termed as non-necessary cookies. It is mandatory to procure user consent prior to running these cookies on your website.