Home / Our Work / Make Do and Mend 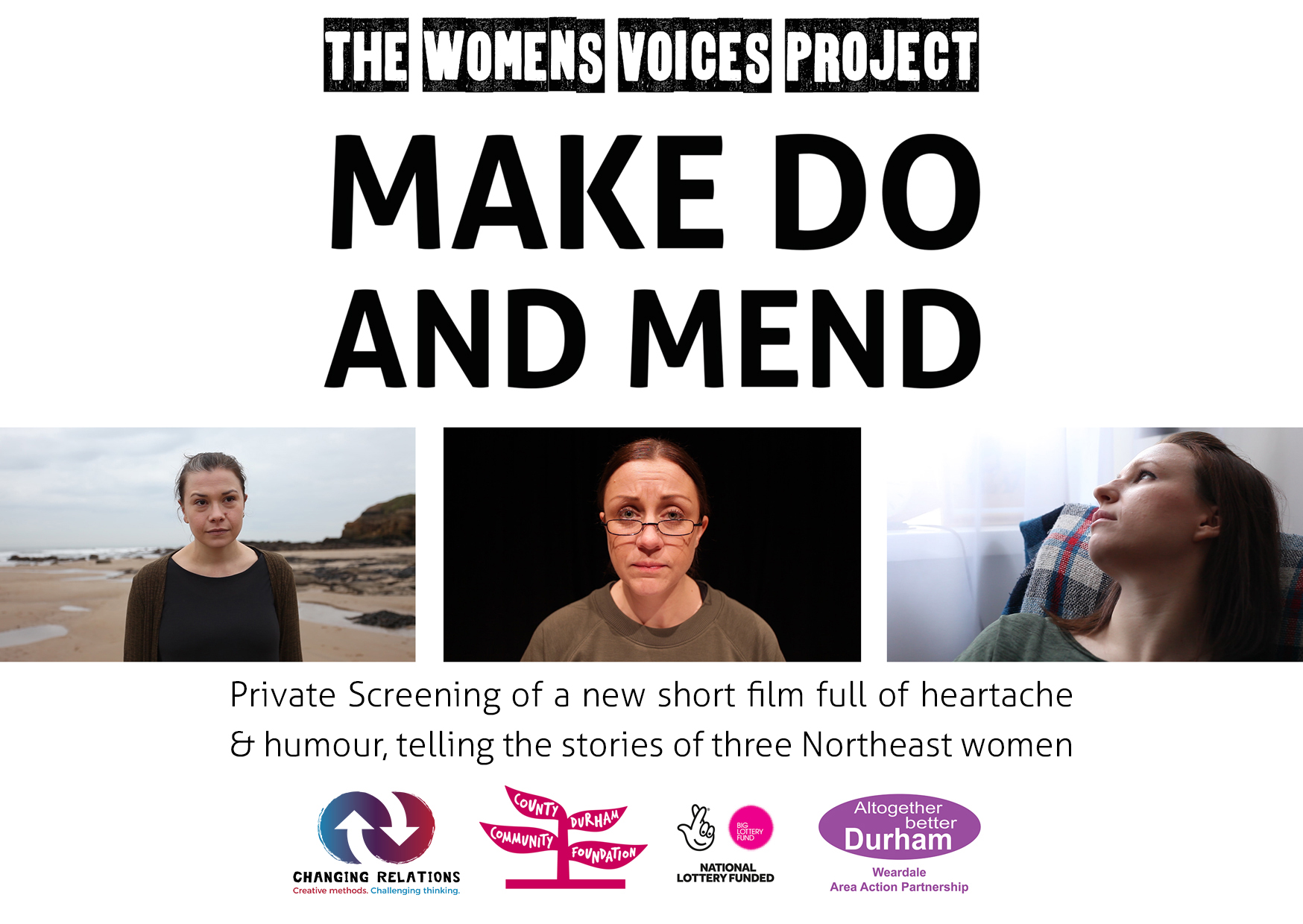 Make Do and Mend

Make Do and Mend started life in 2015 as an original Arts Council-funded play, in which the characters depicted were based on three real survivors of domestic abuse who had received support from the Just for Women Centre in Stanley, County Durham. The verbatim script was created using interviews with these women, and much of the set, costumes and props were designed and made together with them. The use of verbatim theatre is a crucial tool in providing insight into the lived experience of survivors, and we feel it to be an essential prerequisite to improving community and professional responses to victim-survivors of domestic abuse.

Following a successful tour of the play in 2016, we decided to create a film version to enable us to widely share the powerful stories in venues where erecting staging and lighting is not practical, and it can be used as an arts-based educational tool for training workshops.

Professionals from Gentoo and Northumbria University Mental Health Student Nursing Association had told us that our play and workshop gave them an understanding of the links and early, small signs of abuse that can be identified, as well as an insight into useful ways of talking with survivors.

In 2018, the film became the basis for art-making projects at Wolsingham School, St John’s Catholic School and Sixth Form College,Tow Law Youth and Community Centre and Barnard Castle School. Visual Artist Polly Turner supported young people creating a series of collaborative textile outcomes, alongside discussion, using the film of Make Do and Mend as a starting point for inquiry.

We run a number of educational and training workshops on the theme of domestic abuse and healthy relationships and will happily bring our trainers into your workplace or educational setting.

Thanks to funding from CDCF Awards for All and Weardale AAP, we brought our professional and award-winning actors back to The Witham in 2017 to film our play. Watch the trailer for the film here.

Check our events page to see when you can watch the film.

You can also take a look at the informational and awareness-raising resources available in our shop.